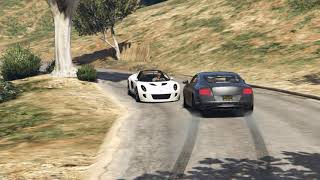 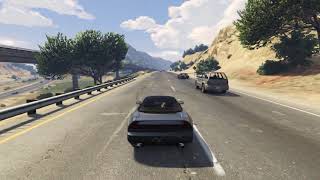 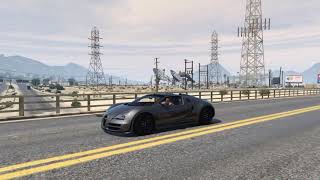 
The handling files were composed to offer an enjoyable driving experience. They are quite faithful to real car specifications but are still designed to make the cars stable and controllable. Forget about the disappointing top speed limit of the game as most of them will exceed it.

The Aston Martin One-77 is thoroughly tested to give a realistic experience without subtracting from game entertainment.

The Audi RSQ8 is based on an 800-1000bhp tuned version as this model is known to be very accepting of modifications and upgrades with surprising results. During acceleration you will notice the front being lifted and the rear "sitting down" which is the typical behaviour of a powerful SUV while launching. As you exceed 200km/h the suspension becomes lower due to aerodynamic drag. Keep in mind it is still an SUV and will not forgive a series of rapid changes in direction, but will regain control while drifting thanks to the balanced AWD system.

The Bentley Continental GT is weighted realistically at 2.3 tons, but its power is making up for that while the above-average weight results in a firmly planted vehicle. It is about 0,5-1 sec faster than the real thing and has outstanding braking power (like the real car) with realistic suspension which can go through all the game modifications with no issues at all.

The Bugatti Veyron Supersport is faithful to the real specifications with a top speed of around 430km/h and 0-100 in around 2.4sec depending on launch. It is also firmly planted to the ground and controllable at high speeds. It features realistic suspension and center of gravity and is one of my favourites.

The Ford GT 2005 also features a realistic suspension and is quite maneuverable at low and high speeds alike. It doesn't exceed 300km/h but it reaches its top speed quickly while staying composed during acceleration.

The Mercedes-Benz SLS AMG is based on a handling mod I uploaded a while ago but is now far more refined and realistic.

The Honda NSX-R 1992 NA1 was made according to the real specs of the car and composed based on the real car's behaviour on the road.

The Pegassi Matador is a lore friendly vehicle that I personally loved but couldn't enjoy until a few experiments. It now features a higher suspension and a tendency to drift due to increased power. It features outstanding control and is easy to master. I recommend this vehicle for the driving experience alone as it can be driven for hours on end without crashing, provided that proper user input is deployed.

More information will be added soon.

Links to the cars are found in the "Corresponding Car Mods.txt" file.

Keep in mind that different car mods might not work as expected even if its the same model, due to differences in proportions, wheelbase and other variables. It is recommended to use the cars found in the links. If for any reason you wish to place them on a vehicle not found on the list, you will have to change INSERT CAR ID so it knows where to apply.

Another alternative is to download Real Time Handling Editor by ikt https://www.gta5-hub.com/tools/real-time-handling-editor

with which you can save and apply handling files from one car to another or edit them to your liking.

If something doesn't work, make sure the handling names match.

UPDATE LOG
V 1.01
-Fixed Bentley Continental GT issue where car would roll over at high speeds due to a mistake on its roll height.

V 1.50
Aston Martin One-77
-Adjusted suspension, wheels are no longer pushed through the fenders at high speeds.
-Realistic traction now persists across a wider angle, making the car more predictable and less likely to oversteer. It still drifts like an Aston, with the rear sliding left and right, but it now has to be pushed further to lose control while offering a bigger window for driver corrections in such cases.
-Increased downshift speed, limited sliding hesitation. Downshfting takes immediate effect during turns, making it more rewarding and stopping the car from hanging where power is needed most.
-Corrected a modelflag that made the car lose traction in critical positions. Car now offers better grip at all speeds while retaining and enhancing drift capabilities.
Long drifts are now possible at speeds exceeding 160km/h.

To apply this update, click on Edit Mode, then go to Aston Martin One-77 folder (by default named "aone") in dlcpacks, then click and drag the updated handling.meta in the "data" folder, replacing the previous one. 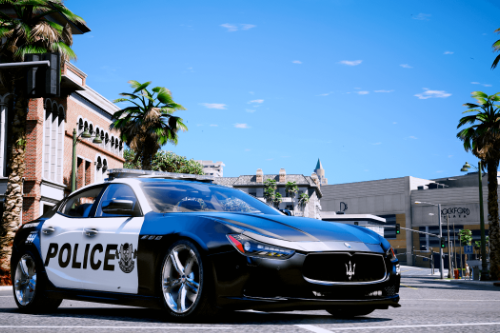 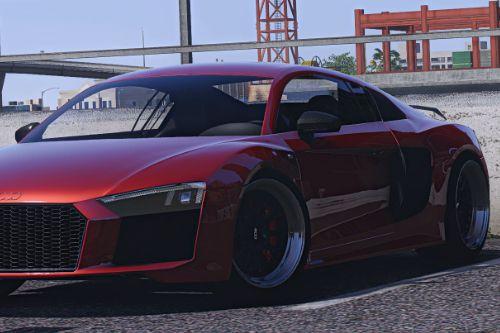 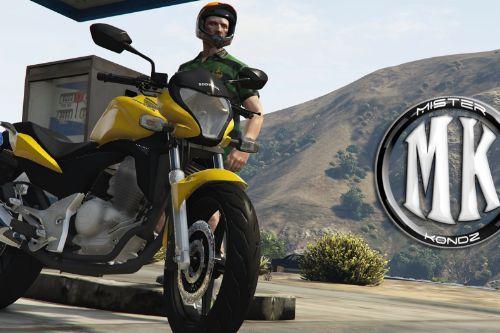