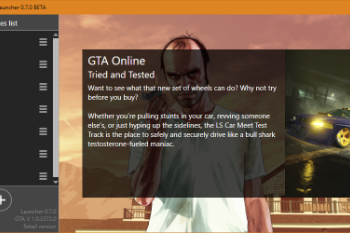 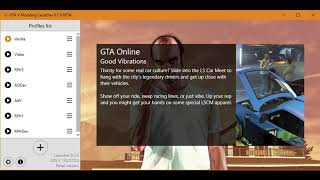 
This launcher needs .NET 5 Desktop Runtime (x86) to work. It usually is not installed by default on most Windows computers

The launcher is open source on github.

This launcher enables you to easily switch between several sets of mods without having to move the mods yourself. It can also be used to move all your mods outside of your game directory automatically.

In order for the launcher to work properly, all vanilla files have to be genuine. GTA V can be modded without replacing any core file, which is, in my opinion, the best practice. Since the launcher works by moving files, it obviously won't work if core files have been modified.
For example, if you want to modify vanilla .rpf files, you must keep the original file as it is, and use OpenIV.asi for the game to load the modified version in the "mods" folder.

How to use the launcher ?

Simply create a new profile (with the + button), make it active (with a right click on its name) and put mods in your game's folder normally (while being sure not to replace any base game file).
When first starting the launcher, if your game is already modded, a new profile called "Modded Profile" will automatically be created with the current mods.

How does it work ?

The launcher searches for modded files using a provided manifest of all vanilla files. When you switch profiles, it moves the mods in the GTA V directory to an external folder, then moves the mods of the other profile to the game. Using this launcher, you don't need several "Grand Theft Auto V" folders anymore !

0.7.2
* Fixed a bug that prevented the launcher from launching the Epic Games version of the game

0.6.9
* Fixed a crash that could occur when the option to kill the game's launcher was enabled
- Legacy compatbility was removed (ie: the launcher doesn't convert old config files anymore)
- The option to launch modded profiles in offline mode was removed since it doesn't work properly with the new R* launcher

0.6.8
* Fixed a crash that occured when switching from a modded vanilla profile to another profile without launching the game

0.6.7
* Fixed a crash that could occur when the launcher tried to display a modern popup while the main window wasn't visible

0.6.6
* The launcher now properly launches the EGS version of the game (Thanks to mips!)

0.6.5
* All dialogs now use the modern theme
* The launcher should now be able to launch the Epic Games version of the game

0.6.4
* Partial support for the Epic Games version of the game


0.6.2
* Fixed a crash that occured when the selected / detected installation was invalid

0.6.1
* Mods could sometimes not be moved properly

0.5.6
* Fixed a crash that happened when the update check failed
* The launcher is now using a custom theme and should look more like a native program
+ You can now use the launcher on a custom GTA V directory (but you still have to have the registry key stating where your game is installed, to prevent piracy)

0.5.4
* Fixed a crash that occured when starting the game after deleting a profile (#1 and #2)
* Fixed a wrong message that was displayed when the game's integrity was compromised

0.5.3
* Fixed a crash that could happen when starting the launcher

0.5.2
* Fixed a bug that prevented the launcher from working in the GTA V directory
* Newtonsoft.Json.dll is now embedded.
* Crash report improved

0.5.1
* Progress bar enhancements
+ You can now change the game's language in the launcher settings
* The user can now disable logging
+ Added an update check
* The crash reporter uses github now
* (hopefully) fixed an issue with some Steam users ("No GTA installation found.")

0.5.0
* The launcher now uses WPF
- Removed launcherResources.zip, the resources are now embedded in the .exe file
* The settings menu is now more compact
* Localization system improved
* The launcher now only detects Steam files when it's running with the Steam version of the game
* The crash reporter has been redone
* Several bugfixes
+ The launcher can now scan for modded x64.rpf files

0.4.0
* Log system enhancements
* Fixed popups position
* Fixed error messages
+ Profiles can now be stored in a custom folder
+ The user can now choose whether to play on a modded profile in offline mode or not

0.3.1
* Fixed the title
* Fixed a crash that could occur when the "GTA V Modding Launcher" folder doesn't exist


Note: This launcher doesn't need to be installed in a particular location. You only need to extract the archive somewhere, and ensure all the included files are in the same directory. However, the launcher cannot be installed in the game's directory.


Credits
GTA V Modding Launcher Created by Pursuit.
Beta testing by KertFaceMan.
Thanks to MulleDK19 for all his advice.

Grand Theft Auto V and all backgrounds used in this software are the property of Rockstar Games and Rockstar North.

Please do not reupload, in whole or in part, to any other website without my permission. 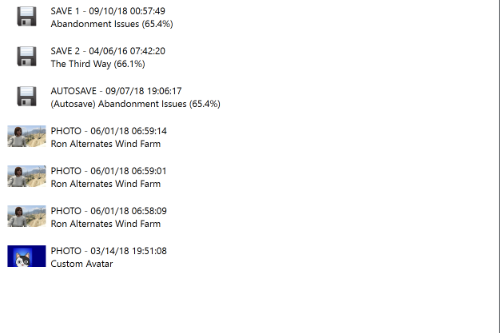 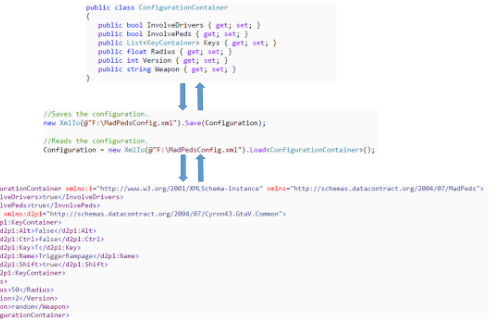 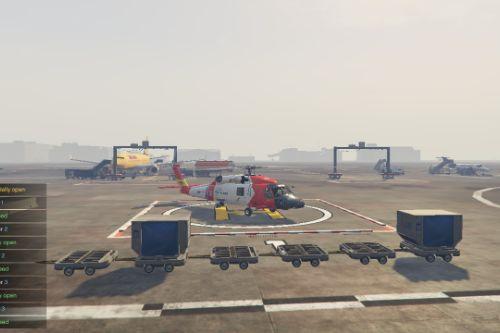 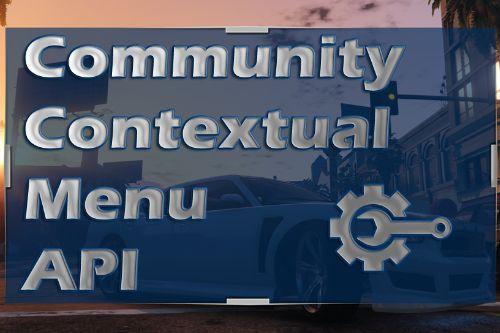