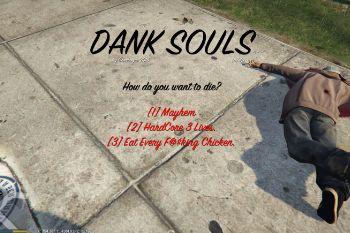 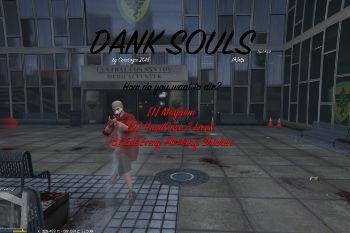 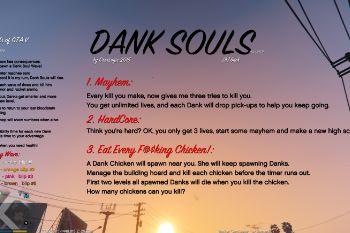 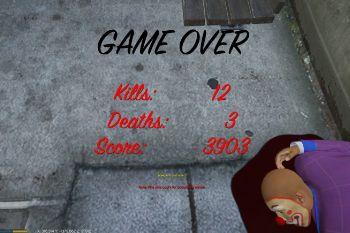 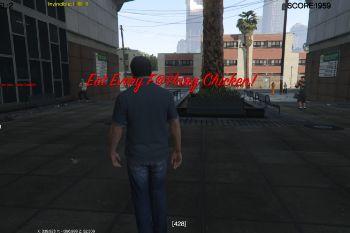 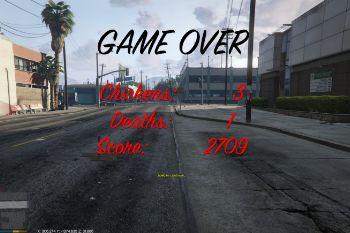 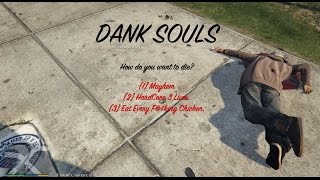 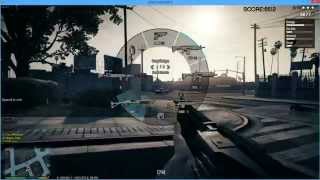 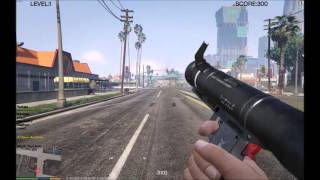 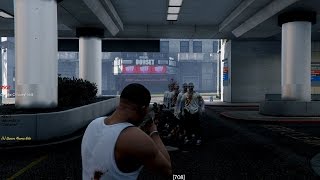 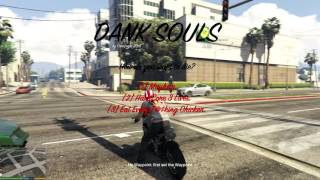 
[Update 1.9.8.8]
- Fixed typo in tips
- Alien-Zombies get CARBINERIFLE on level 2
- Updated scoring
- Zombies should now be even harder in packs


[What is it?]
A fun mod that transforms GTA V into a new, harder game without cops that really doesn't like you (think Dark Souls I)

[Prepare to die!]
The Dark Souls of GTA V. Every ped you kill (soul), gives me three tries (Dank Souls) to kill you. Play against me and see how long you can stay alive.

Note: If you stay the model citizen, nothing will happen. In fact, you can do whatever you want, the cops will never show up if crash or shoot around.
The game starts when you make a kill, or a ped dies near you.

[Manual]
Dank Souls is a fun new way to play GTA V without cops. I set out to design a mod that will turn your kills into my army. What if I could use dead peds and change them into a series of custom AI foes, each leading up to a mini-boss fight.

A series of foes from a single ped's death is called a "Wave". Each wave has three MFs, the last being the boss. Instead of the undead zombie games, think Asteroids. The more you hit, the more you have to clean up, and the harder it gets to do it! Exactly like Asteroids, using simple rules we get interesting complex gameplay just starting with a few kills.

The end result is, the more you kill--the harder you fight, the harder the game will fight back.


[Rules]
- After you kill any ped, you hand their soul over to me.
- Every ped you kill will now turn into a Dank Soul and give me three tries to kill you.
- Each dead ped lets me spawn a Wave (made up of 3 succesive enemies over 5 levels of difficulty)
- The last enemy in a wave is a boss that will get right to business, so be ready!

[Game Play]
Each kill you make now has consequences.
When the Wave counter reaches zero it is my turn. At timed intervals (waves) I am allowed to make my move and reclaim the dead into my army.

[Your turn]
Kill any number of nearby peds before the Wave timer runs out.

[My turn]
Starts when the Wave timer reaches zero (located at the center bottom of the game screen).
At the end of each wave countdown, my complex move consists of the following:
1) turn any dead peds into Zombies
2) turn any dead zombies into demons
3) turn any dead demons into bosses
4) drop resources for each dead enemy type

[Wave countdown]
Depending on the level, the wave timer may count down from 300 and slowing get faster and faster.

Note: the UI will flash 3 times when the wave is about to end, so you can focus on fighting and still know when a wave is ending without looking.
If you are good enough to stay alive and kill me, I will spawn another, harder apponent at the next wave's end.

Each level will be more intense than the last.
Reach the boss of each wave, kill him for needed armor and rocket ammo.


[Know Thy Enemy]
Each killed ped will spawn a single wave of Dank Souls.

Zombie: Simple minded, starts with pistol on lower levels with varying accuracy. Watch out, they can be deadly in packs!
- Drops: Money, health, pistol/rifle ammo

Demon: More aggressive, they start with AR-15 and get a grenade launcher and rockets in later levels. Watch your back, they will be out front if around.
- Drops: Money, health, rifle/grenade ammo

Boss: Mean as it gets. Will hang back more and lurk sending a rocket your way when you lest expect if if you are not careful. Manage these guys carefully. They don't fuck around. If you are not anticipating where and when each boss is spawning around you, you are hopelessly doomed. The only weakness they have is at lower level they have very bad aim, that said, rockets have a big blast area. Use the lower level Bosses to train for target management you will need in later levels. Use that Mini-map or die!
- Drops: Money, health, Armour, rocket ammo

Chicken: Will spawn Danks and run when the shooting starts. Kill five chickens to make it to the next level. With each new level, the chicken will spawn farther away. This is still an early version, open for suggestions.

Rocket Party: Here everyone gets rockets as a load-out. Bring your old-school Quake III skills for this fight. Rocket Raccoon would be right at home here.

Each Dank will drop resources when killed, guns, ammo, money, health.. but a boss will also drop Armor and rockets.

After the first level you will be given a health flask that you can use to store health packs and use on the run. The flask can only hold three drinks (health packs). You will get one pack each time you kill a boss or chicken. On lower level, all Danks will drop health packs where they die.

Danks start out with limited accuracy and weapons, but will quickly become more accurate and deadly as you level up.

Only five levels of difficulty and infinite long play. Each level will bring new enemy abilities and a single vehicle as a reward. Use it wisely, even a tank is no match for a gang of Bosses.

There are only five levels of AI difficulty and are tied to how many waves you have completed. The more Dank Souls you are fighting at once, and the move waves you complete (bosses) the faster you will level up and the harder they will become.


[Strategy]
This mini-game is all about resource and target management. COD run-and-gun will be chewed up quickly here if you kill more than one ped at a time.
Only the smart and determined, who use all their weapons and mini-map, ploting each kill and it's consequences will stay alive.

This Mod is not for the faint of heart. The harder you fight me, the harder I fight back. The more you kill, the more you have to kill.

For those sick of fighting the cops, this mod is for you. The slower you fight the easier the system will respond. Light up a whole block on level 3 and up and you have an army ready to kill you.

"That escalated quickly" is heard a lot when playing.
The logic starts off easy and becomes ruthless and smart quickly as you level up, don't be fooled even a tank will have a challenge when a few Bosses are around.

[Tips]
- There are no cops, do whatever you want
- If you make no kills nothing will happen
- When you do kill, manage how many waves you start.
- Watch the Wave count down timer. when it reaches zero, all dead will be resurrected.
- An audible deep sound will fire for each new Dank. Use this as another clue just how many new enemies are around.
- Use the mini-map, solid color blips are dead, the ones with numbers are real targets
- watch out for #3s! (bosses)
- Blip colors: white: zombie, orange: demon, pink: boss
- Use the topography to your advantage, cover, cover, cover, but don't be too far from pickups after finishing a wave.
- Watch all sides!
- Just like the real Dark Souls, lure packs into choke points and pick off one at a time.
- Rockets and grande launchers at higher levels can be insane. Plan accordingly.
- Pace yourself! Just like running too far ahead in Dark Souls, sometimes you simply kill too many peds and death is inevitable.

I'm gonna kick your ass. I warned you.

[Thanks]
Rockstar, for giving us a masterpiece. The guys that make OpenIV, and Alexander Blade who are both absolute treasures to the modding world of GTA and the modding community for creating such a great place in an insane world. 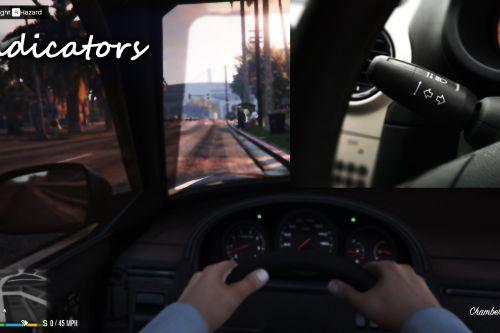 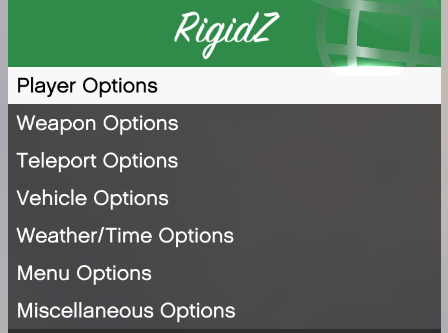 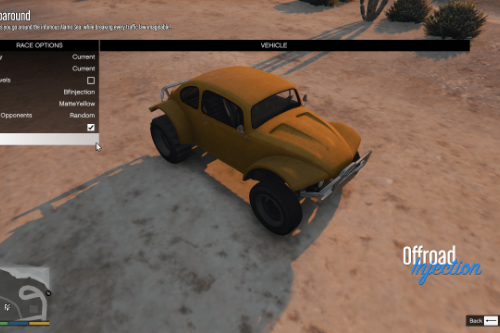