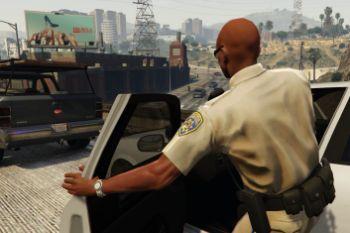 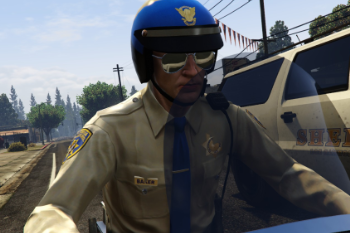 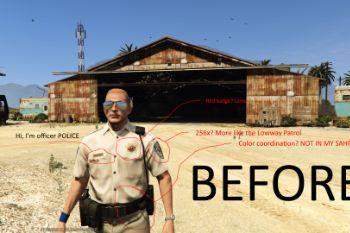 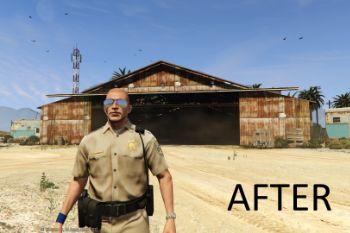 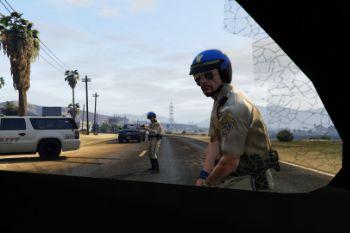 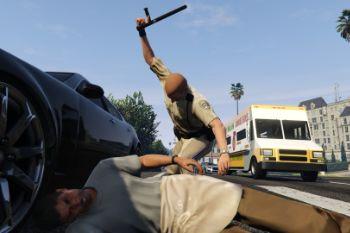 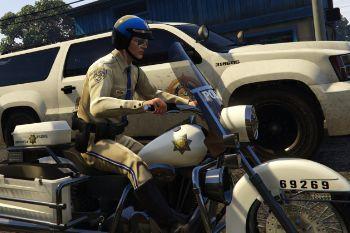 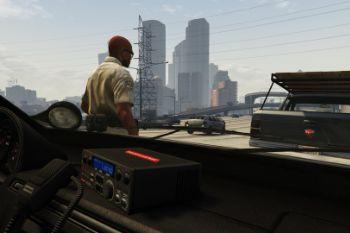 
Overview
A major overhaul of the highway patrol officer that brings their uniforms, patches, badges and helmets in line with the agency they are based on, the California Highway Patrol.

I've meticulously retextured all the pants and shirts to be the shade of tan used by the California Highway Patrol. No longer shall they wear a practically white shirt! An accurate, HD Badge and HD CHP patches are also on the uniform. I've even included an Easter egg for those with a keen eye.

Check the before/after shots for a good idea of what I changed.

Bonus!
I've included a version with the CHP-style San Andreas HP patches. You get the glorious, crisp tan of my uniform, and the lore friendly identifying patches. The badge and helmet are a lot of work, and I may consider making a separate SAHP release with those retextured at another time.

Installation
UNIFORM:
Acquire Openiv, and make sure to enable loading via the mods folder.

Update plans:
Once car modding is a little clearer, I may include CHP cars as another update.

I use their motorcycle, and if you want SAHP helmets, it is a good source. DO NOT USE THEIR s_m_y_hwaycop! It will overwrite this mod. Also, a good way to see Highway Patrolman on the highway.

Any mod that enables spawning of SAHP in traffic or as a responding unit, so you can bask in the new textures! 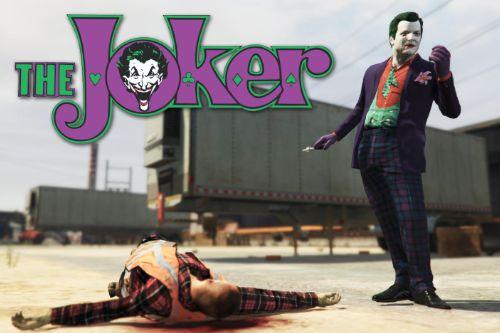 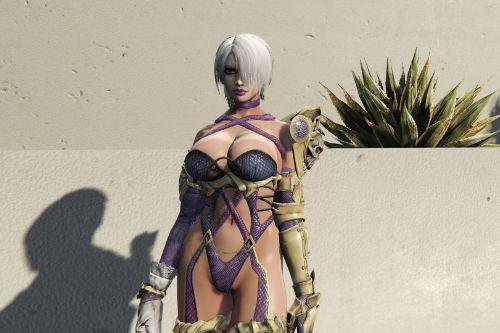